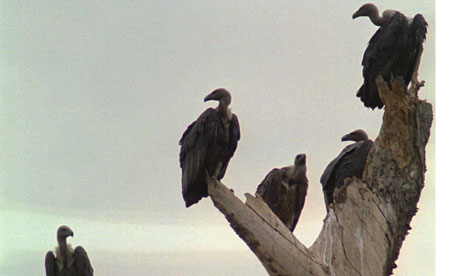 An American tax exile living in the Cayman Islands has emerged as a winner from the chaos engulfing Greece, even as the political and economic turmoil in the beleaguered nation deepened yesterday, with Athens putting a senior judge in charge of an emergency government to lead it to fresh elections.


Kenneth Dart, the Michigan-born heir to a disposable cups fortune, was handed an estimated €400m (£320m) cheque from Greece this week, after successfully calling the country's bluff and refusing to take part in the restructuring of government debt that saved Greece from default in the spring.


Amid alarming reports of depositors withdrawing their cash from Greek banks, the government decided it could ill afford a showdown with Mr Dart's hedge fund, Dart Management, and similar "vulture funds" who have purchased Greek debt and are threatening to sue if the interest payments are not made. Concerns over the state of the nation's banks have mounted as the odds of a disorderly Greek exit from the eurozone have shortened in recent days, and keeping the financial system sound will be the No 1 priority of Panagiotis Pikramenos, named caretaker Prime Minister after the collapse of coalition talks on Tuesday.


He is charged with steering Greece to new elections on 17 June without incident, although concerns over the risk of financial panic have risen since European political leaders began to speculate that Greece could leave the euro. Moreover, recent opinion polls suggest that anti-bailout parties – in particular the Syriza party led by Alexis Tsipras – could return with a bigger slice of the vote after the June elections.


This already complex picture is further complicated by the role of the vulture funds. Dart Management holds a significant portion of the roughly 5 per cent of Greek debt that was not subject to renegotiation under the terms of its bailout deal, and took a reported 90 per cent of the €436m paid by the Greek government to bondholders on Tuesday. While Mr Dart is still a board member of the family company, Dart Containers, which is America's largest producer of plastic cups, he has not lived in the country since 1994.


After decamping from the US on his 220ft yacht, he settled in the Cayman Islands, where he is a powerful real estate developer. Dart Management, along with another vulture fund Elliott Associates, is likely to have picked up Greek debt at a fraction of its value in the hope of being able to force the country into paying some or all of what it owes. The two firms are still suing Argentina in the US courts to demand full payment of bonds on which that government defaulted in 2002. Mr Dart first came to international attention in this sphere by pocketing an estimated $600m from putting pressure on the Brazilian government after its default in 1993.


Yesterday, the company refused to comment on what it called market rumours. The Greek government, meanwhile, said Tuesday's payments did not set a precedent that meant it would divert any more of its precious bailout cash to the vulture funds in future.


The threat of a legal battle that could tie up funds earmarked for Greece from European bailout coffers adds another concern to that stoked by news that more than €1bn has been withdrawn from Greek banks in two days by savers fearing financial chaos if the country returns to the drachma.
These worrying figures were not reflected in the streets of Athens, however. On Syntagma Square, no long queues had formed at cash machines.
"We can't all start panicking and running to the bank. The country will collapse if we do that, "said Marika Tilanogiannis, a mechanical engineer.

"What little I have left, I leave for Greece."
Marika's brother didn't share her optimism – Giorgos had moved his savings to a bank abroad. But Marika's reasoning was echoed by experts who cautioned that politicians' pessimistic statements about the country's finances risked turning into a self-fulfilling prophecy.


"This entire situation has got my family extraordinarily worried about our savings, in case we return to the drachma," said Yannis Paleologos, a 40-year-old pharmacist. "We have a considerable amount of money and we're scared to lose it." Mr Paleologos was about to go to a bank to discuss how to preserve his deposits in case of an exit from the single currency union.