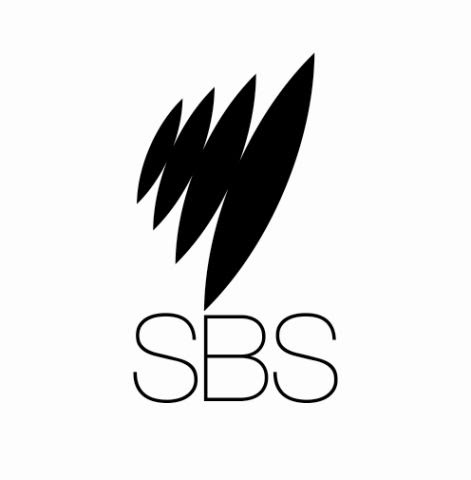 
The recent debate here in Australia over budget deficits and the state of the economy pales into insignificance next to the situation in Europe. What you're about to see is the true picture of what a shattered economy means for a once proud people. And as history tells us, when mainstream political parties fail, the vacuum is often filled by those who preach an extreme form of nationalism and xenophobia like Golden Dawn in Greece. Here's Evan Williams in Athens.

This is the human face of the EU's austerity cuts, thousands gathering in Athens, for a free food handout by Golden Dawn.

MAN (Translation):  What can we do?  The state has fallen apart. They are scoundrels, conmen.

The people here are hungry, angry and desperate.

WOMAN (Translation):   We have lost our houses, everything, of course, not only me – three-quarters of the population.

REPORTER:   Does this mean you will vote for Golden Dawn?

MAN 2 (Translation):  Always, always!  We voted for them in the past and we will again. It is the only movement that helps the people.


But Golden Dawn isn't helping everyone. In keeping with its radical ideology - this aid is race-based. Party officials check papers to make sure the food only goes to those can prove they're Greek. Once approved, the people are given potatoes, eggs, bread and lamb - all Greek of course. The handout has been organized by this man Ilias Panayotaros, one of Golden Dawn's 18 high-profile MPs.

ILIAS PANAYOTAROS, GOLDEN DAWN (Translation):  Golden Dawn wants to become and will become like the Hezbollah in Lebanon which in effect is a second government which helps even its poorest citizen and over time Golden Dawn will do more for our fellow citizens

REPORTER:   How many people do you think you are going to serve today?

ILIAS PANAYOTAROS:   More than 3,500 - We have already served some.

REPORTER:   And tell me one thing?  The critics say that Golden Dawn is a violent party, what do you say to them when you hear something like that?

Earlier the group had tried to deliver their food in the main square in the shadow of parliament. The city's Mayor called it a soup kitchen of hate and police moved in, forcing the handout back to Golden Dawn headquarters.

CROWD (Translation):    Don’t film.  I told you, don’t film!  Gentlemen, to your positions.

ILIAS PANAYOTAROS (Translation):  Anarchists, Bolsheviks, this land does not belong to you!

Many may not like it, but the party's virulently anti-immigrant message has struck a chord with a large section of Greek society. From a fringe group of hard-core neo-Nazis just a few years ago, Golden Dawn now has tens of thousands of members. Since winning 7% of the national vote its support has doubled in the polls.
They say they are a nationalist party here to return Greek dignity and to stop a flood of migrants that they say are taking Greek jobs, particularly as austerity bites deeper. They are now the third biggest political force in Greece. They are getting organised and they have support.
In what used to be one of the city's most expensive boulevards, closed shops and for rent signs bear witness to the pain. Nearby we find what many Greeks see as one of the main problems. Downtown Athens has become a magnet for migrants - both legal and illegal - scratching out an existence in a country mired in the worst of economic times. It is here I meet Mathina. She's lived in central Athens all her life but no longer feels safe.

MATHINA (Translation):  In the past four to five years, they have gone wild, because there is unemployment, there is no money, they are hungry – Greeks are hungry, foreigners are hungry. In the end, one will eat the other.

Mathina's owned this shoe shop for 33 years but recently she's been mugged on street and burgled three times - each time by migrants. Events that have turned this life-long socialist into a Golden Dawn convert.

MATHINA (Translation):  It I am facing a problem, whatever the problem is, if I get burgled or I have a problem in my neighbourhood or at work, and I call Golden Dawn – in zero time they are here.

ILIAS PANAYOTAROS (Translation):  We receive more 911 calls than the police, the situation is tragic, the institutions don’t function, the only one that functions is Golden Dawn, nothing else.

Ilias also runs a store. It has army surplus, sports brands favoured by Golden Dawn members and some extras.

REPORTER:   Are these used to keep things secure on the street?

ILIAS PANAYOTAROS:   No, they are for people who like to play baseball.

Like most business owners he's feeling the pinch, but many others are doing it far tougher. In the past four years there have been 4,000 suicides in Greece.

ILIAS PANAYOTAROS:  This is tragic because Greeks were not like this. Instead of committing suicide they could have gone and killed the ones who were responsible for their problems.

REPORTER:   Who should they kill?

ILIAS PANAYOTAROS:  Bankers of course, I can give you an example. When we had the stock exchange scandal in 1996 to 1998, I think, in Cyprus some people who lost a lot of money and property and fortunes they put bombs in some of the Stock Exchange offices and so on and so forth. They did something.

It's Golden Dawn's open contempt that has immigrants living in fear. This documentary on the party was filmed in the run up to last year's elections. Its central character was a Golden Dawn member running for parliament.

MAN “THE CLEANERS” (Translation):  Once they leave, we will have money to increase wages and eliminate unemployment. We are ready to open the ovens! We will turn them into soap but we may get a rash, so we will only use it to wash cars and pavements. Do you agree, Mr Giorgos?

KONSTANTINOS GEORGUSIS, FILM MAKER:   Golden Dawn wants to as they say, rid the country of the filth.

Filmmaker Konstantinos Georgusis called his documentary 'The Cleaners' - a title Golden Dawn give themselves.

MAN “THE CLEANERS” (Translation):  We will make lamps from their skin, Giorgos will sell their hair in the market.

But there is more to Golden Dawn than racist rhetoric. One of its top leaders, ex-army commando IlIas Kasidiaris famously hit a female MP - on TV. The group regularly enters markets checking the residence papers of immigrants. If they find an illegal the stalls are smashed and they are driven violently away. In May last year Golden Dawn members joined locals attacking police guarding immigrants sheltering in a factory. Doctors of the World is a medical clinic that helps immigrants for free, its director Nikitas Kanakis has seen a 30% rise in racist violence against immigrants in the past year.

NIKITAS KANAKIS, DOCTORS IN THE WILD:  Racism, racism attacks have to do with the problem that the Greek society has, but the immigrants are the easier target. In some way they are the Jews of our year.

He says many disaffected youth are taking out their anger through violent attacks on migrants.

NIKITAS KANAKIS:  They are very angry with us, very angry with the society. They have no opportunities, they have no hope, so if we left them we would be in front of a new kind of meta-fascism in the country and then it would be difficult to solve. It will drive us in the end in a civil war.

NIKITAS KANAKIS:   Between the people who believe this and they will create militia and between the rest of the people that in some way they have to protect themselves.

Racist violence has grown so much that the UN's Refugee Agency UNHCR has now set up a monitoring centre. This was the release of their first report.

KOSTIS PAPIOANNU, REFUGEE AGENCY REPORT (Translation):  It is murderous racist violence – it is increasingly racist violence that aims not just to intimidate, but to leave actual victims.

The centre verified 154 racist attacks, including 71 causing severe injuries. There were also two deaths. Kostis Papioannu is the head of the monitoring centre.

KOSTIS PAPIOANNU:  Nazi groups are behind violence. We have clear signs that in many of the cases Golden Dawn is behind the violence.

Golden Dawn denies organising violence. They say they're patriots with an ideology rooted in Greek history. But their demeanour reminds many of Nazi Germany.

DMITRIS PSARRAS, AUTHOR (Translation):  We have all started to get used to the stink, we have stopped thinking something strange is happening, something dangerous and worth fighting against. The spread of fear is the pre-condition for society becoming fascist.

Dmitris Psarras is a journalist and author whose spent years studying Golden Dawn.

DMITRIS PSARRAS (Translation):  Those who voted for them are completely desperate and through Golden Dawn they are trying to get revenge on the political system. Golden Dawn is a Nazi organisation, it is an organisation that is inspired and led by and copies the Nazi ideals of the Nazi Party. It uses violence as a method of political action. It is a criminal gang.


The group's leader is Nikos Michalaliakos. A former commando, he spent a year in prison for illegal possession of arms and explosives.

NIKOS MICHALALIAKOS, GOLDEN DAWN (Translation):  We believe in Great Greece! We believe in the Greek Empire! We will keep the flame alight until the final victory! Long live victory!

DMITRIS PSARRAS (Translation):  They are not a marginalised organisation of criminals - they have tight bonds with the “Deep State”.  And this explains various phenomena such as why certain people like bishops of the Church, members of the army and of the judiciary – high ranking judges, agree with their opinions, even if these are very extreme.

Golden Dawn rallies for any nationalist cause.  This protest was outside a Greek TV channel that broadcasts Turkish soap operas. The party also runs education classes for primary school children where they say they are teaching correct Greek history. Then there are visits to hospitals to give blood. Just like their free food handout, there's a catch.

REPORTER:   Where does the majority of that blood go?

ILIAS PANAYOTAROS:   All the blood goes to Greek citizens, Greek people who need blood, not necessarily members of our party.

REPORTER:   Do you have a weapon there?

ILIAS PANAYOTAROS:   Yes, it is legal, as you see we don't have police protection.

REPORTER:   Who threatens you?

ILIAS PANAYOTAROS:   We have anarchists, terrorists - we have incidents, my car has been exploded once.

But Golden Dawn visits hospitals not just to give blood. The group has invaded several hospitals demanding to see the residency papers of workers and patients - forcing any illegals to leave. Olga KosmopoUlou was on duty when these Golden Dawn members entered her hospital looking for Greek patients.

Boosted by growing support at home, Golden Dawn intends to expand its support base internationally with plans to open offices in Germany, the US and Australia - looking for votes and funds.

ILIAS PANAYOTAROS (Translation):  In Australia we have a very large network of supporters that grows daily.

Ilias plans to go to Australia himself even though Australia's Prime Minister has said there's no place for their type of politics.

ILIAS PANAYOTAROS (Translation):  We could tell her to look back a couple of hundred years to see what they did to the Aborigines, and not lecture us about racism and rights. In a few words – you will see us in Australia – summer or a bit later, but you will definitely find us.

CROWD (Translation):  These cities, these neighbourhoods, belong to the Greeks and the nationalists!

ANJALI RAO:  Golden Dawn coming to Australia soon, according to their spokesperson. If so, something tells me they probably won't have quite so many fans here as they would like. There's an interview with reporter Evan Williams on our website, talking about the opposition to this rising force in Greek politics. So what are your thoughts on Golden Dawn? Let us know.