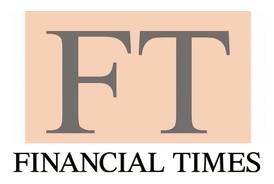 Chryssanthos Lazarides, Mr Samaras’ chief adviser, “We wanted elections soon because after June there would be a Bolshevik government.”
Greek right a hostage to its own failures

By Joshua Chaffin in Athens


On June 17, Stathis Potamitis, managing partner at an Athens law firm, plans to break a promise he has kept since his participation in a 1970s clandestine student group that opposed Greece’s military dictatorship. He will vote for the right.

For Mr Potamitis, the choice – if unpleasant – is clear. He blames the centre-right New Democracy – one of the two parties to govern Greece since the junta fell in 1974 – for the corruption and mismanagement that precipitated Greece’s economic crisis. However, he fears that the alternative, the upstart Syriza (or Coalition of the Radical Left) would be worse.

“I’m now driven to the dreadful situation of having to vote for this man who is one of the causes of the problems we have right now,” he says, referring to Antonis Samaras, New Democracy’s leader. His friend, Niki Siropoulou, a marketing executive, is more succinct. “I have to vote for a complete idiot,” she says.

Frustration is simmering as voters consider their options before a pivotal contest that could determine whether the country shifts course after five years of economic crisis, and perhaps, its future in Europe.

For Mr Samaras, the election has presented a particular challenge: there is precious little time to re-fashion a new New Democracy, distinct from the sins of the past. So he is appealing instead to voters’ fears that a Syriza government would lead Greece back to the drachma and out of the EU.
In a televised speech last week, Mr Samaras warned that Syriza’s promise to rescind the country’s unpopular loan agreement with the EU and the International Monetary Fund would mean “absolute catastrophe for Greece”, including scarce food and medicine.

It is too soon to say whether the strategy will work – polls show New Democracy running a close race with Syriza – but it is hardly inspiring. “Terror-mongering will only get you so far,” Mr Potamitis complains.

Ilias Nikolakopoulos, a veteran Greek pollster, agrees. “New Democracy continues to be an old party, and this is the problem,” he says. “If they could change their image it would be very easy to have a big victory.”

In a troubling sign for Mr Samaras, the MRB research firm found last week that educated voters aged 45 to 55 were tilting toward Syriza. Such voters – with children, mortgages and other duties – would normally seem unlikely supporters of a self-described “radical” party.

Dimitris Mavros, head of MRB, speculates that the scale of Greece’s crisis has left many believing it is now too risky to stick with the status quo. “They have no room to go back and say, ‘Ok, let’s wait three or four years for Greece to re-set,’” Mr Mavros says.
Close allies view Mr Samaras’ predicament with a sense of tragedy. He opposed the austere terms of Greece’s first bailout, arguing it would strangle the economy, before eventually signing under pressure from EU leaders.

In so doing, he left an opening for Alexis Tsipras, the Syriza leader, to vault to a surprise second place in the May 6 election with a defiant promise to tear up the agreement. The rerun was set after none of the main parties could form a government.
Vassilis Mihaloliakos, the New Democracy mayor of Piraeus, the port city nestled beside Athens, dismisses last month’s election as an aberration. “I’m very sure in the next elections the Greek people will vote in a rational and not emotional way,” Mr Mihaloliakos says.

At the party’s headquarters in a sleek Athens office building, Chryssanthos Lazarides, Mr Samaras’ chief adviser, calls the May 6 contest “the last of the post-dictatorship era”.
He defends his boss’s decision to press for early elections, arguing that the rapidly deteriorating economy was benefiting Syriza by swelling the ranks of the unemployed.

In spite of last month’s disappointment, New Democracy believes it has some advantages. The field has been narrowed. With all parties – including some of Greece’s creditors – agreeing that the bailout agreement must at least be refashioned, they are touting Mr Samaras as the best man to achieve that while keeping Greece in the eurozone.
“Now the dilemma isn’t for or against the [bailout],” Mr Lazarides says. “It’s for or against Europe; for or against catastrophe.”