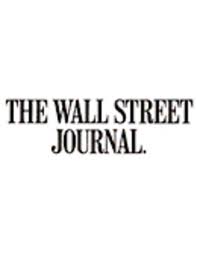 Growing fears about Greece potentially leaving the euro zone and Spain's ability to keep its banks well-funded have led the ratings firm to warn that further downgrades may be necessary. But between the two issues, Moody's said a member exiting the monetary union would have more wide-reaching effects across the continent.

"Spain, as we see it, has it's own problems and is not a major source of contagion, whereas a Greece withdrawal could have negative ratings implication throughout the region," Yves Lemay, managing director with the Sovereign Risk Group at Moody's, told DJ FX Trader on Friday.

If the risk of a Greece exit from the euro were to rise further, it could spark additional ratings pressure throughout the region, Moody's said. That exit could also lead to substantial losses for investors in Greek securities and could pose a threat to the euro's continued existence, the rating firm said.

The country's June 17 parliamentary elections are being viewed as a de facto referendum on Greece's future in the euro zone.
Lemay said the outcome of the election will be a "very telling" signal of Greece's future in the monetary union. The ratings firm currently sees "substantial probability" of a Greece exit, though it is not its base-case scenario.

The risk of a Greek exit particularly affects the credit standing of Cyprus, Portugal, Ireland, Italy and Spain. However, should Greece leave the euro, Moody's said it would review all euro-zone sovereign ratings, including those of the triple-A nations. Greece's sovereign debt rating is currently C, which is deep into junk territory.

Additionally, as Spain moves closer to needing direct external support from its European partners, Moody's said, the increased risk to the country's creditors may prompt further rating actions. However, Spain's banking problems are mostly specific to the country and aren't likely to be a source of contagion to other euro-zone countries, except Italy, Moody's said.

"At this stage, it is difficult to foresee a circumstance for us to remove the negative outlook on Spain's rating," Lemay added. "From our perspective, the apparent need to seek support from its European partners to help their recapitalization process is viewed as having negative credit implications."
Moody's currently rates Spain at A3, an investment-grade rating four notches above junk territory, and maintains a negative outlook. In May, the firm cut the ratings on 16 Spanish banks.

Moody's in February placed various ratings of more than 100 financial institutions across the European continent on review for possible downgrade, highlighting the region's banks' vulnerability to the euro-zone sovereign debt crisis.
In mid-May, the ratings firm kicked off its long-awaited downgrades by lowering its credit ratings of 26 Italian lenders, and has since downgraded banks in Spain, the Nordic region, Germany and Austria. Many more European banks, as well as major financial institutions in the U.S., were expected to see downgrades by the end of this month.