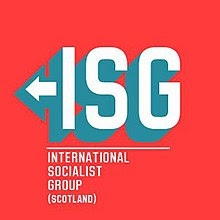 One of the oldest squats in Athens has been raided and cleared by Greek police, suspected to be under the influence of the fascist Golden Dawn. Mhairi Mcalpine explains the increasing role of squats in Greece and argues we should all show solidarity with Villa Amalias.


Villa Amalias is one of Athens oldest squats. On the 20th December, allegedly under direction from Samaras, the Greek Prime Minister, Nikos Dendias, Minister for Public Order, instructed the squat to be raided. Eight people – six Greek and two Germans were arrested during the operation with others who had quickly arrived on scene to defend the squat also detained.

The pretext which was used for the raid of the squat was drug dealing – alleging that the squat was “an epicentre of lawlessness“. On finding no evidence of drugs, but a collection of beer bottles for recycling and a small amount of heating oil, the eight who were in the building at the time were arrested for the production of explosives and held for four days, before being released pending trial.

Villa Amalias is housed in a former school, left abandoned in 1973 by the municipality of Greece. Neglected and decaying, it was occupied in 1990. Repaired and maintained by thousands of people who came to participate in the events it held, the once empty building again educated, entertained and provided a community base for the people of the area of Victoria.

The formal owner of the building is the Mayor of Athens – no authorisation came from the Mayor’s office for this raid, and at the time of writing, permission has still not been granted and there is a suggestion that he has now gone into hiding to avoid coming into conflict with the government, in the full knowledge that authorising such a raid would be political suicide.

Along with the other squats in Greece, Villa Amalias has been a centre from which people have challenged the growth of the Golden Dawn, with regular anti-fascist actions planned and developed there. It is of particular significance for only a few hundred metres away is Agios Pantelimonos, a square openly associated with fascism – where “Greek only” stickers adorn the surrounding lampposts and where non-white residents are warned not to enter.

In addition to raids, violent attacks on squats by “people unknown” are not uncommon. Only a few days after the raid on Villa Amalias, which had itself survived two arson attacks in the past four years, another squat suffered an arson attack which destroyed the kitchen area, in a continued campaign of violence against squatted buildings.

The squats offer a physical manifestation of an alternative form of resistance to voting in elections, or marching on the streets. Through their cultural work, they spread the idea that another world is possible; through collective kitchens and free shops they offer social solidarity to those struggling under austerity capitalism; through merely existing they provide a base for radical elements to converge within communities.

Not all of the squats in Greece are explicitly political. Many of the buildings squatted have no explicit political function, but are occupied by people who have no home – a growing problem in Greece. Many of those forced to occupy buildings are migrants – even where they can afford to rent, lacking the documentation to rent homes legally, unpopular with Greek landlords who fear that they will either over-occupy or leave without paying bills or rent, they struggle to find accommodation.

One such squat was the former Appeals Court of Athens. Cleared in 2009, the residents were repatriated to “reception centres”, where migrants are imprisoned in squalid conditions. Other squats house people with mental health issues, disabilities and addiction issues, all of which are accelerating under the austerity regime.

The Greek government seeks to conflate the “political” squats with the “problem” squats – the ones where the migrant, the addicted, the unwell and the afflicted take temporary refuge from the streets. Yet even within the “problem” squats, the basic idea that it is just that someone should sleep in the doorway of an empty building is itself radical, and the self-organisation involved in occupying buildings gives a level of empowerment in a position of powerlessness.

An Egyptian antiques dealer, standing outside his shop, overheard a conversation that a friend and I were having about Villa Amalias. He beckoned us over, telling us that this raid was the work of the fascists. When I said that the squat had been raided by police, he gave a wry smile and said it would be fascists in police uniform – that the fascists hated that squat, because it was full of good people who
tried to make the neighbourhood better.

“Twenty three years, they have been here“, he said, “and never a problem. They were good people. That is why they are getting rid of them. The government want to get rid of all of the good people in Greece, so that the only ones left are the selfish and the ones who love money.”

Solidarity actions have been held all over Greece and beyond. Athens town hall has been painted red, the municipal services centre in Sepolia has been bombed, while in Blister the police headquarters have been attacked. The significance of this raid should not be underestimated, this is an established and much loved occupation both within the residential area and beyond.

It is a direct challenge to the movement from a government which has pledged to continue to raid squats and target radicals and antifascists.
Αναρτήθηκε από oko στις 11:58 μ.μ.