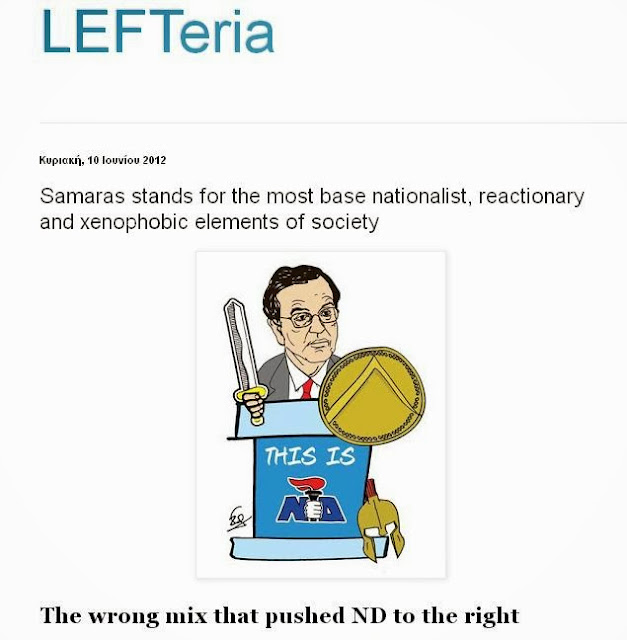 “With the things he has said and done, Samaras has tied his hands behind his own back.”

Samaras stands for the most base nationalist, reactionary and xenophobic elements of society
http://lefteria-news.blogspot.gr/2012/06/samaras-stands-for-most-base.html